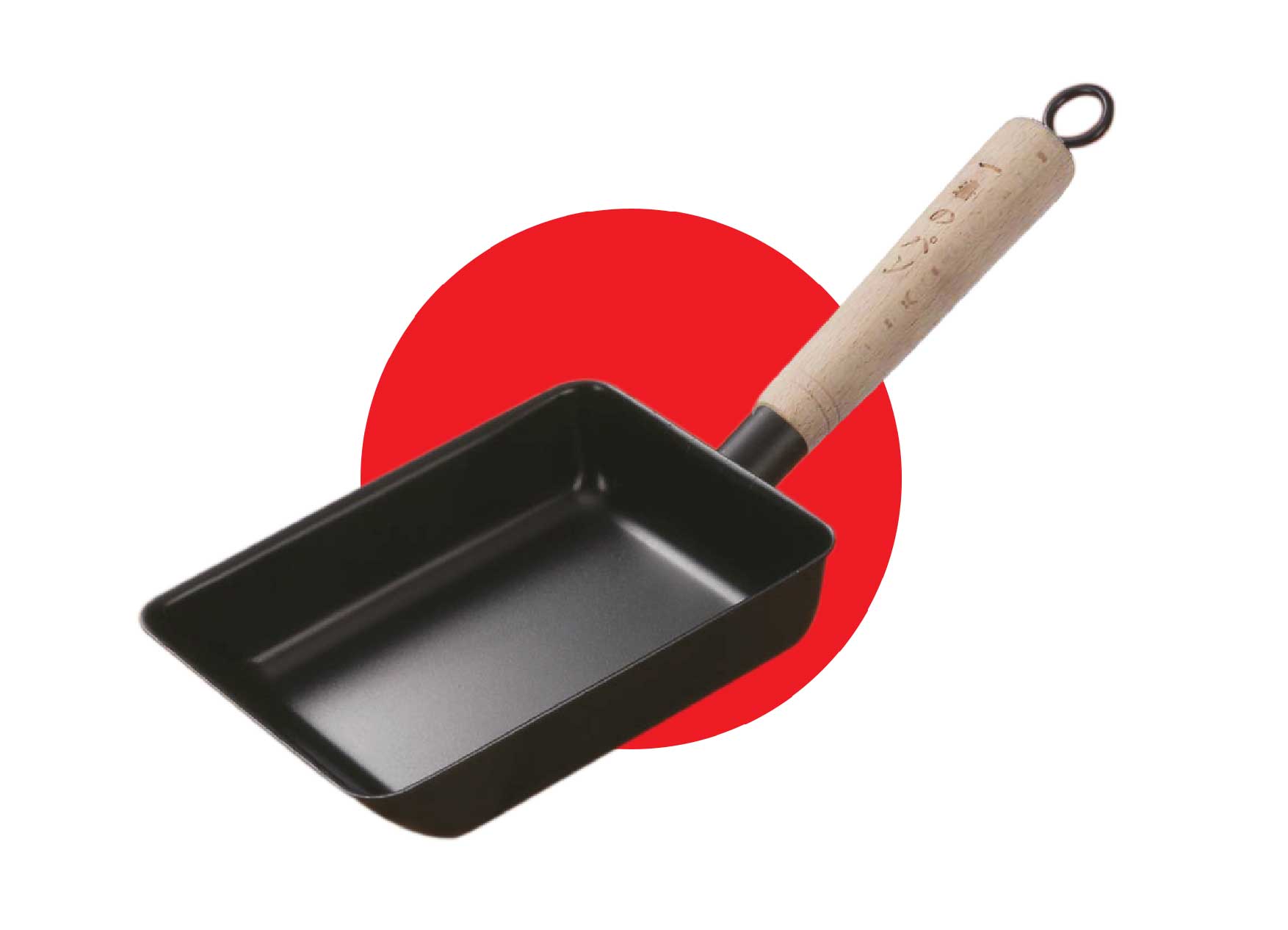 In Japanese cuisine rolled omelettes are made as rectangular thin omelettes and then rolled into a cylindrical or elongated cube shape using Japanese kitchen chopsticks. To obtain a roll with a constant diameter over the entire lengths, the thin omelette should be of rectangular shape. To obtain this shape a special rectangular frying pan is used. This type of pan shape for making Japanese-style rolled omelettes is generally called Makiyakinabe, but in other parts of Japan it is also known as tamagoyakiki.

In the market place today the Makiyakinabe pan is most often made of iron, with either a plastic or wooden handle. Since the main purpose of Makiyakinabe is to use a lot of eggs to make an omelette, a non-stick coating is applied to the pan to facilitate easy rolling of the omelette into an elongated cube shape.

Generally the ingredients for a Japenese-style rolled omelette with the Makiyakinabe pan are as follows: 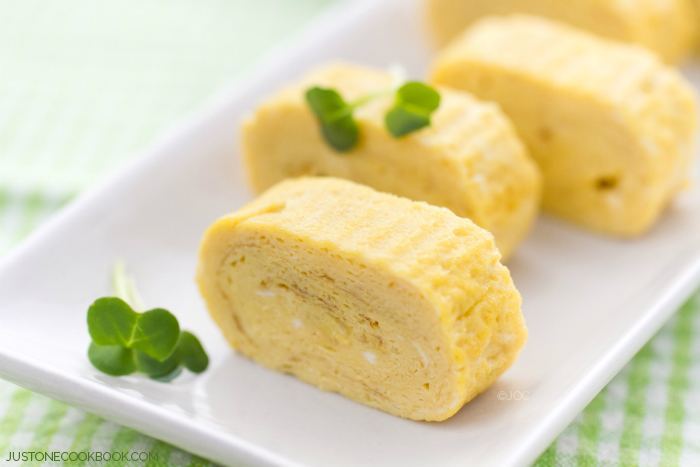 To prepare a Japanese-style rolled omelette the eggs need to be beaten in a bowl, with the soy sauce, mirin, sugar and salt added later to the mix. The Makiyakinabe pan should be brought up to a medium heat and then a small amount of cooking oil should be added. Next the egg mixture is poured into the pan and when it is slightly uncooked should be pushed to the side of the pan. After this another small amount of the egg mix should be added to the pan. Once this has cooked for a bit it can be rolled over the first bit of egg mixture that rolled up the pan earlier. Keep adding the egg in new layers until you have used it all up. Once this is done the omelette can be removed from the pan, and once it cooled can be sliced into thin pieces with a sharp knife.

As was explained above, most Makiyakinabe pans in the market today are made with iron and come with a general non-stick coating on them. However, if you read several reviews of these pans on Amazon you will note that some of these have received a number of negative comments. Some of these complaints include:

As shown in the video here, a Lotus Rock Makiyakinabe pan can cook a Japanese-style rolled omelette extremely well, with no sticking and to a perfect thin, crispy texture. There are a number of reasons for this, these are: 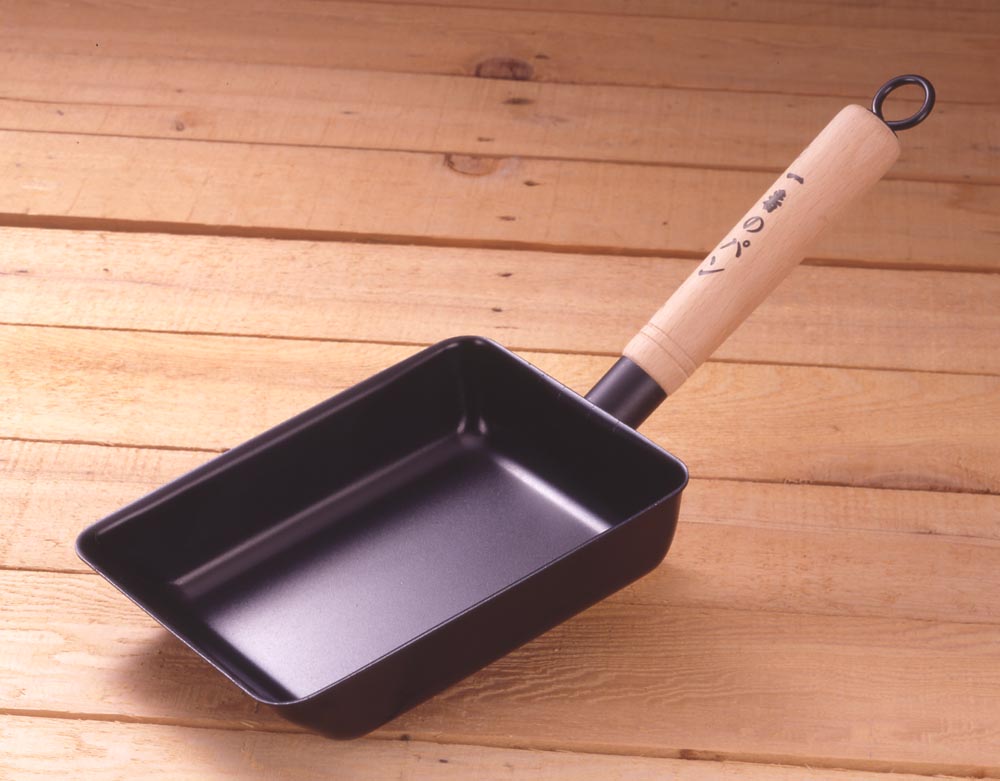 If you are a passionate lover of Japanese cuisine, and you would like to cook a delicious Japanese-style rolled omelette then perhaps you should consider to purchase a Lotus Rock Makiyakinabe pan. It can be used for your daily breakfast, over a long period of time without any worries over scratching or poor non-stick release.