In the market place today some of the most commonly used indoor grill pans are made with cast iron.  Famous cookware suppliers, such as Le Creuset of France and Lodge of USA all use this type of material for their grill pans, and for numerous other cookware items as well.  Undoubtedly cast iron does have a number of benefits for use as a grill pan, for example it does a good job of making those black chargrilled marks on steaks and burgers etc.  However, the Lotus Rock Grill Pro can perform this function as well, as outlined in the previous blog post, and compared to cast iron grill pans, the Grill Pro has other significant advantages, as explained below. 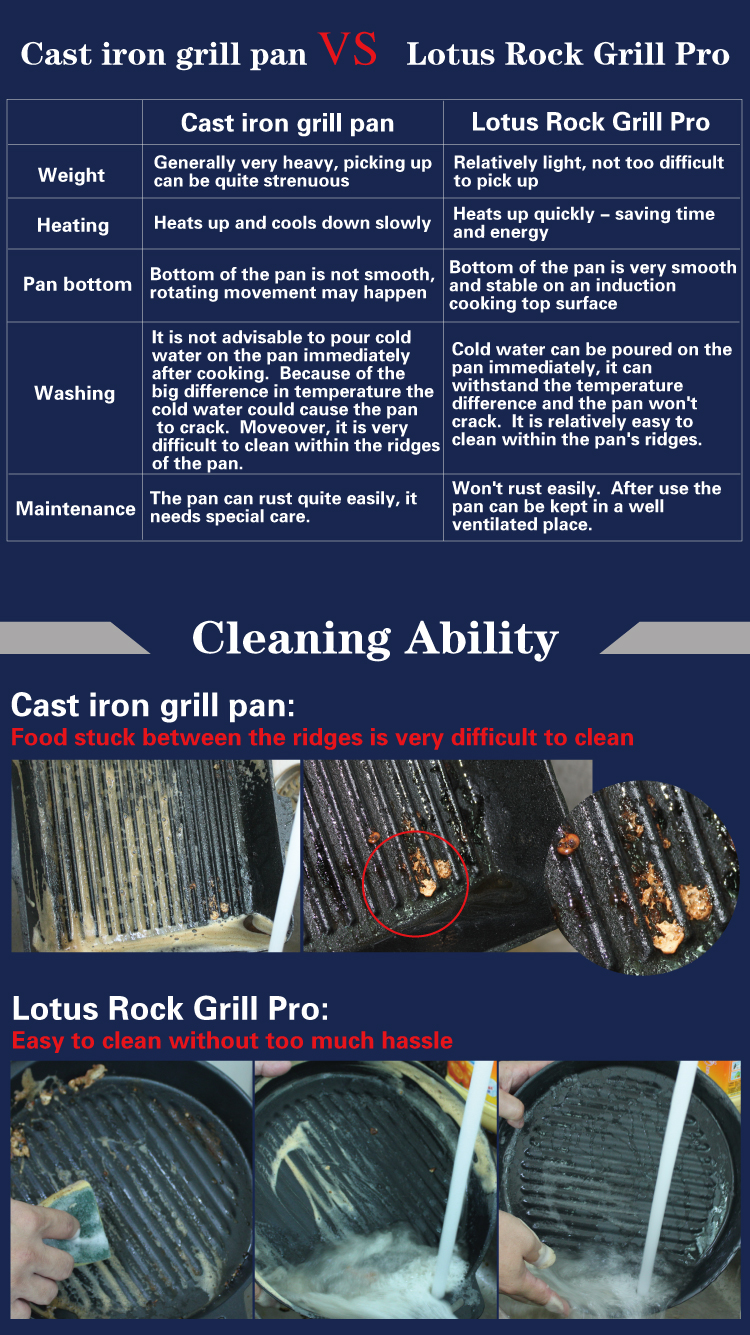 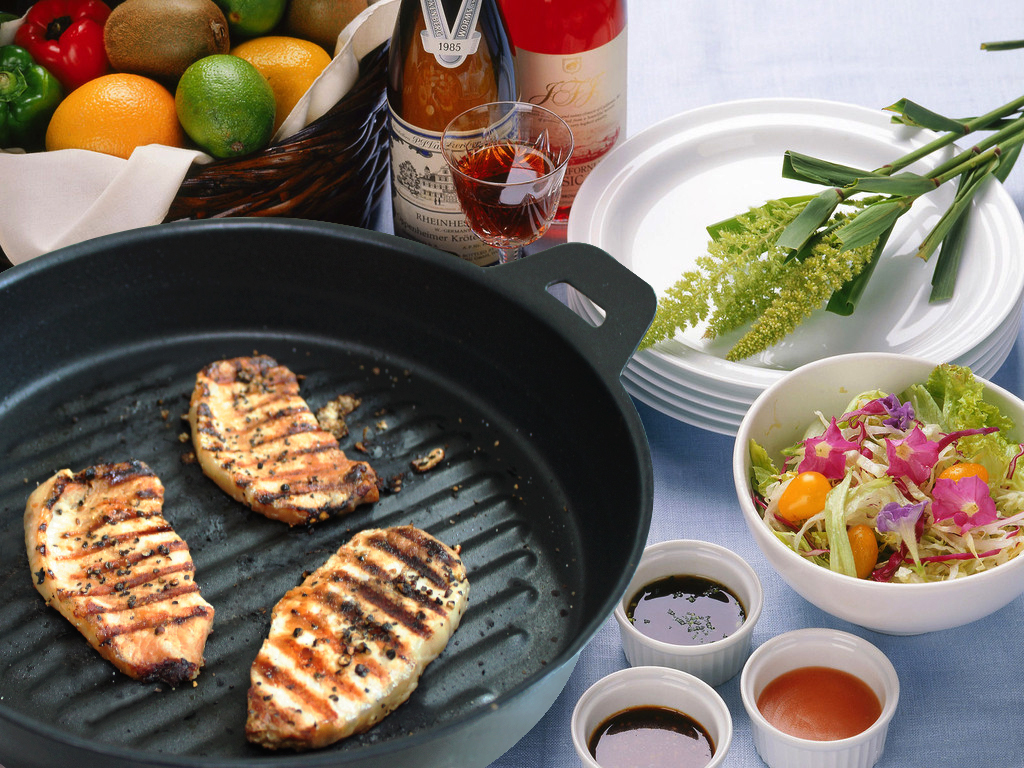 Made from high quality, heavy gauge carbon steel the Lotus Rock Grill Pro is an excellent choice for those consumers who love chargrilled, smoky flavored meat or vegetables. The Grill Pro is especially convenient for those who don’t want to deal with the hassle associated with outdoor grilling, but instead want to enjoy grilling in the comfort of their own home.

If a small diameter pan is used for grilling then the congested area would trap the moisture and poach the meat instead of grilling it.  With a wide base, the Grill Pro provides enough room for each piece of meat to grill properly, without jamming too much of it together.

Higher edges of the Lotus Rock Grill Pro retain more dry heat within the pan for a better grilling effect on the food. Moreover, at 5cm in height the high edges protect your oven’s surface from grease and food splatters while you cook. 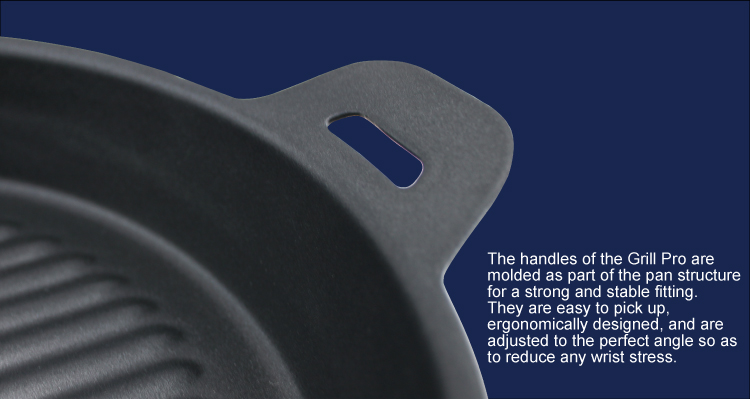 The Lotus Rock Grill Pro has high ridges within the pan which are important for the black chargrilled marks that give the meat that smoky, tasty aroma.The ridges allow fat to flow off the meat, just like it would drip between the grates of a grill, so a burger doesn’t sit and boil in its own juices. 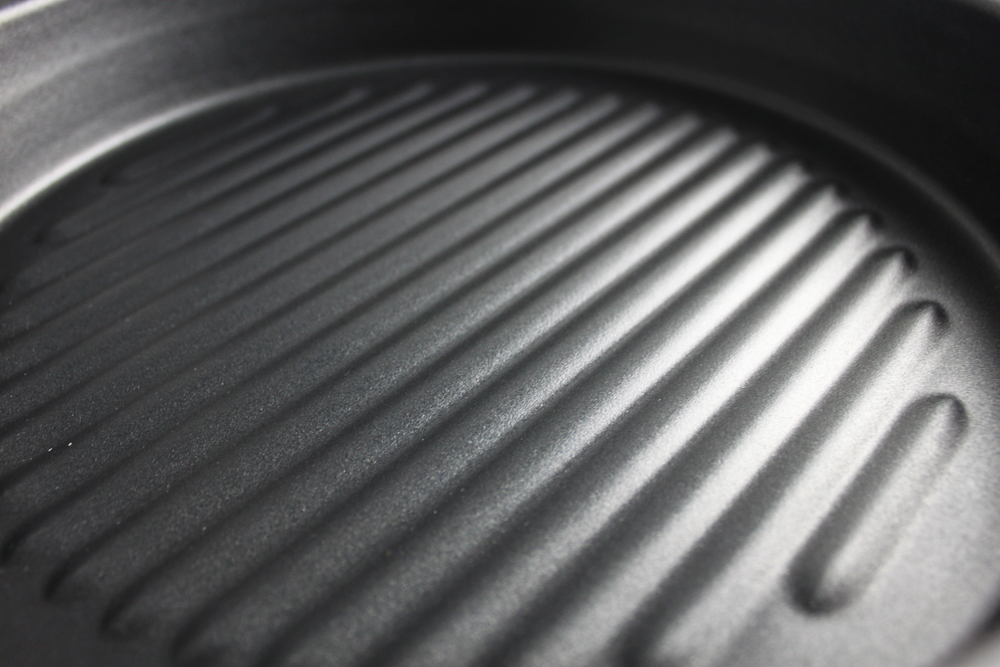 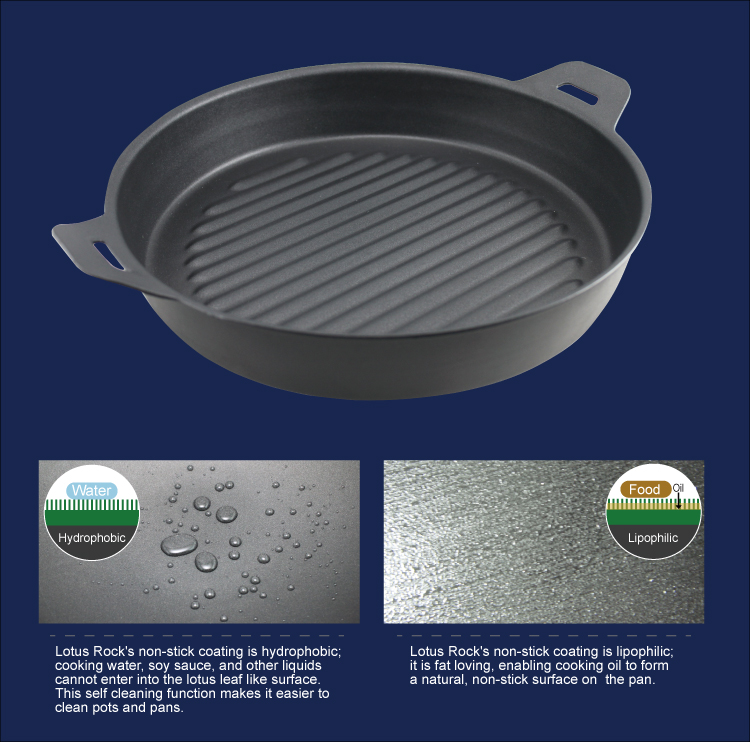 Examples of grilled food with the Lotus Rock GrillPro 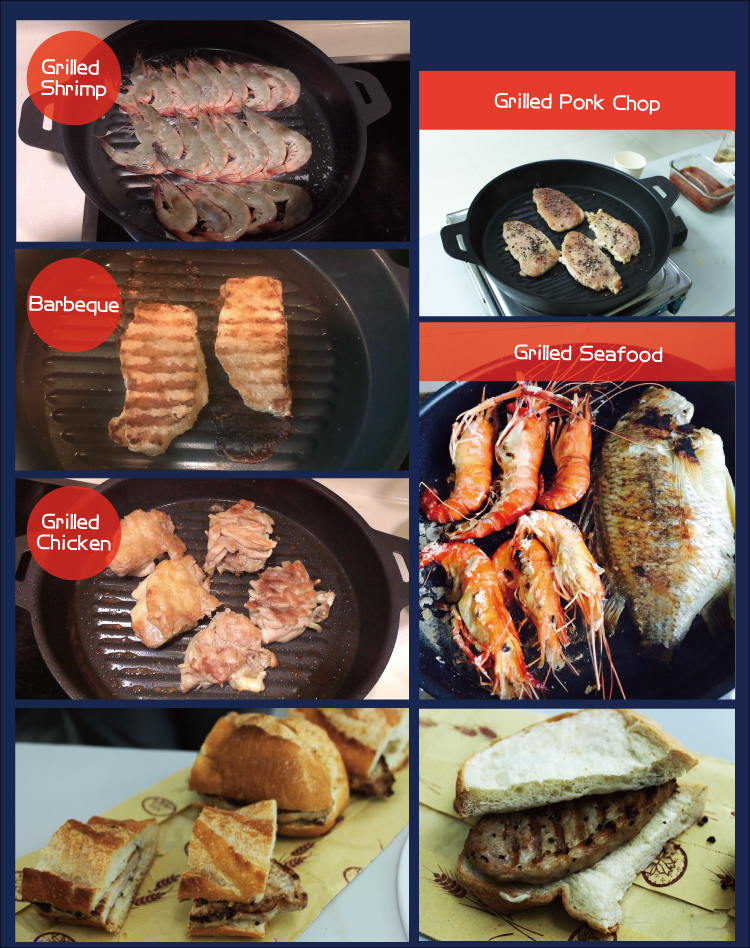 As was previously explained in the blog post Why does Lotus Rock use carbon steel instead of aluminum?, the metal substrate used for all Lotus Rock pans is carbon steel.  In this post we would like to look in more detail at the different grades and types of carbon steel; the type used can affect the quality and performance of carbon steel cookware in numerous different ways.

All Lotus Rock pans are made of a high quality grade of carbon steel with a plain and heavy shape. Elements such as Sulfur, Manganese, Phosphorous, and Chromium are all removed from this the steel prior to production, leaving them with a high iron content.  Some of the benefits of this high iron content carbon steel include: strong acid corrosion resistance and excellent resistance to abrasion from metal utensils and steel wool. 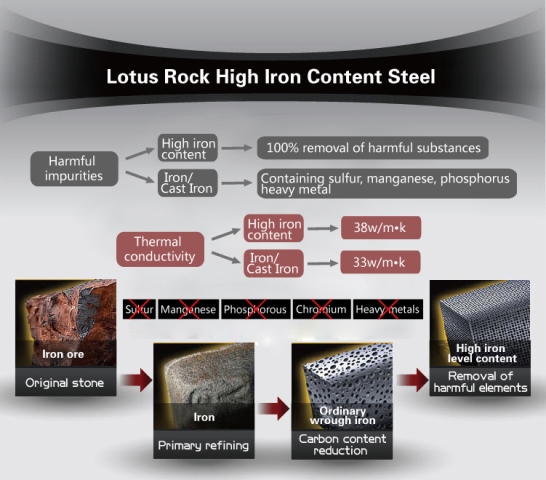 Compared to cast iron or to carbon steel which has not had the above harmful impurities removed, Lotus Rock’s purer carbon steel has much better thermal conductivity. This type of high-iron carbon steel heats up food more quickly, and the thicker gauge used for Lotus Rock pans, compared to most other carbon steel pans on the market, means that heat is spread more evenly around the pan, so that foodstuffs such as meat can be seared very much faster.  Meat that is not cooked for too long has a more succulent taste, and also retains a higher vitamin content, leading to a healthier diet. 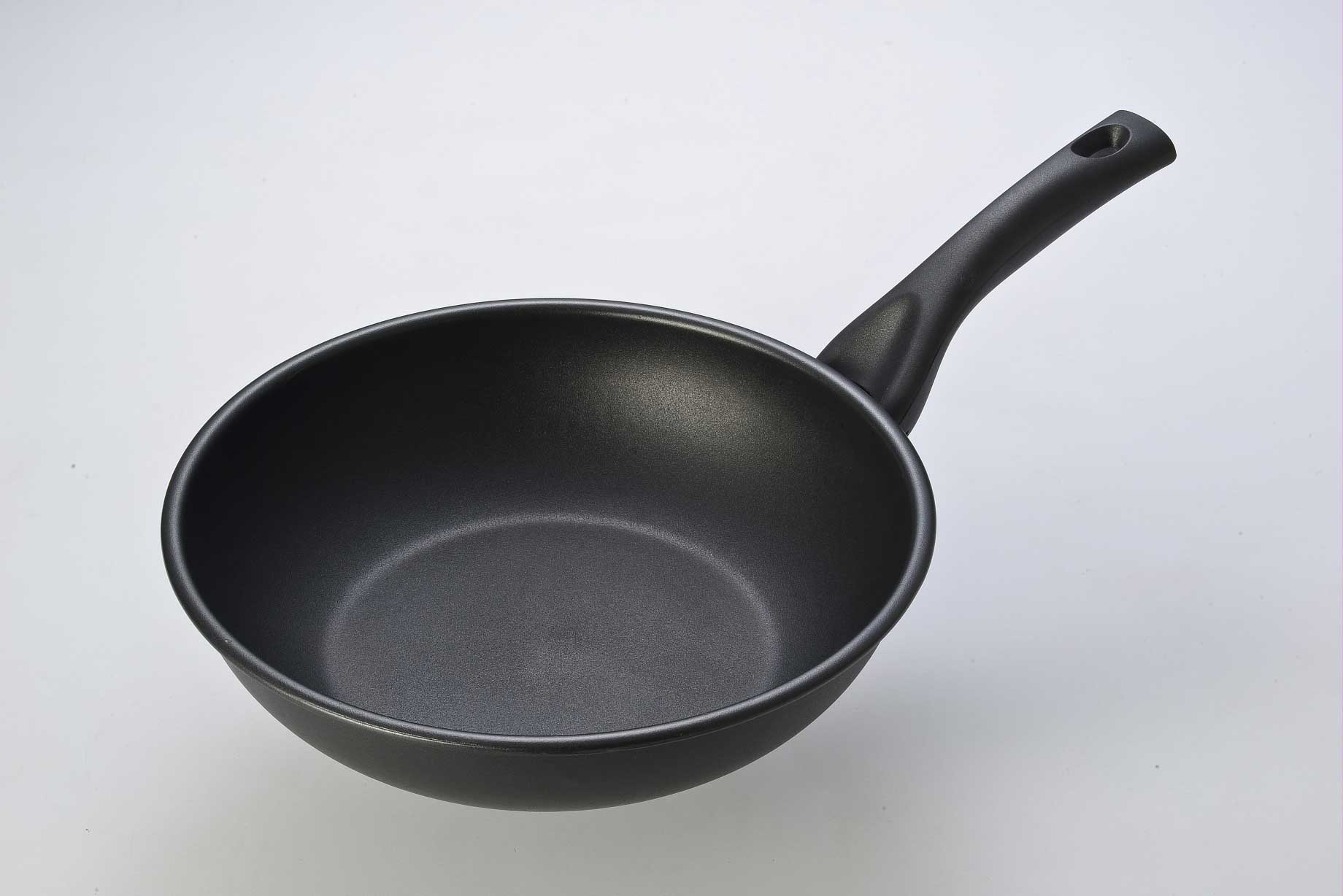 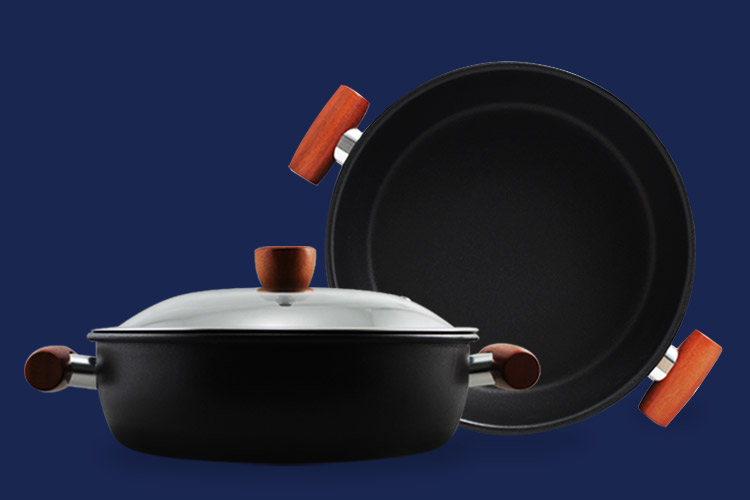 A Lotus Rock Braiser is best used for recipes which require meats or vegetables that need to be seared quickly in the open pan and then covered with a lid to cook slowly in their liquid and the moisture that is created. Both at the bottom and at the sides, a Lotus Rock Braiser has a heavy gauge 2.0mm carbon steel substrate, with a thick ceramic coating on both the interior and exterior of the pan.  This strong construction along with the dark, black coating with a low-gloss matte finish ensures high durablity and heat resistance.

Moreover, high moisture retention is very important for braising so every Lotus Rock Braiser pan includes a tight fitting lid so that the liquid does not evaporate. The lids and pan can either come with a wooden handle (such as in the photo above), or with a bakelite or stainless steel handle (the latter is suitable for oven use).

As well as stews (such as the Japenese beef stew shown above) other common dishes that can be prepared in a braiser pan include paella, pasta, potato and enchilada dishes. 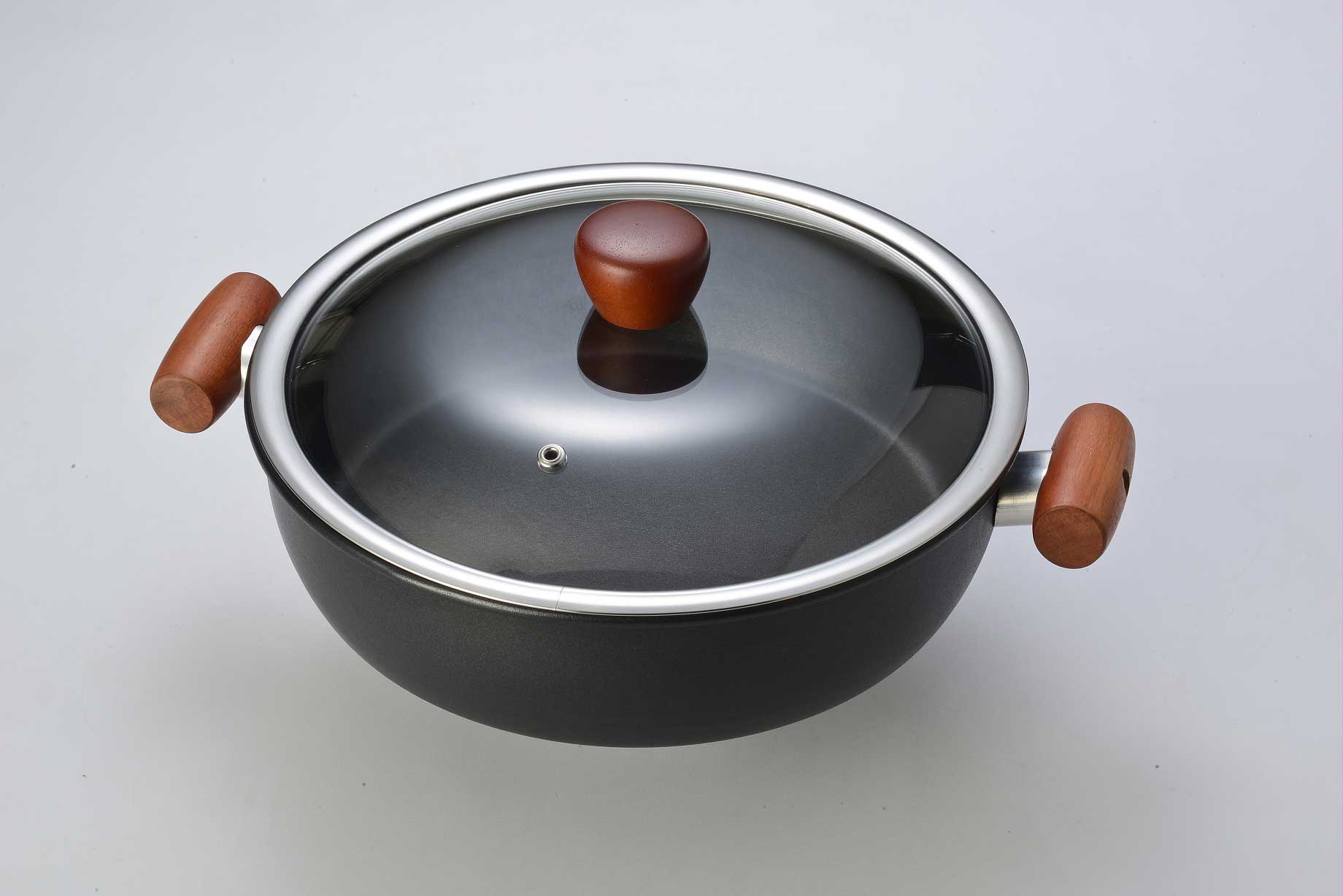 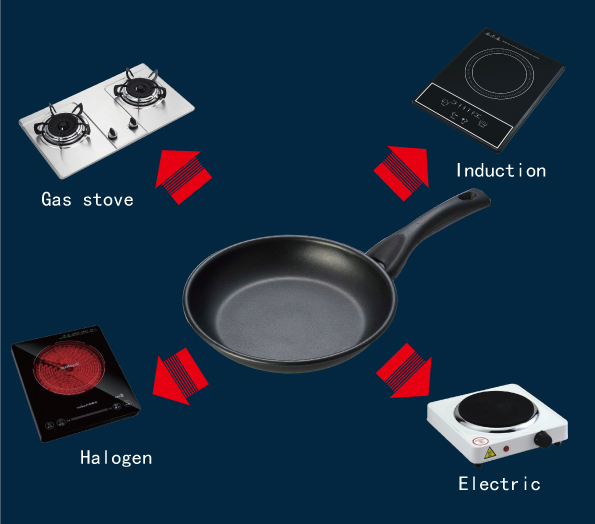 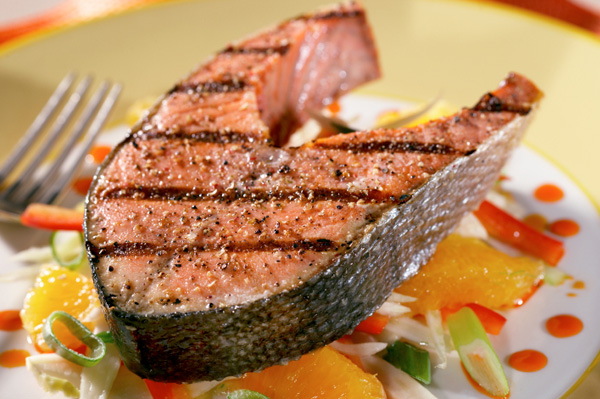 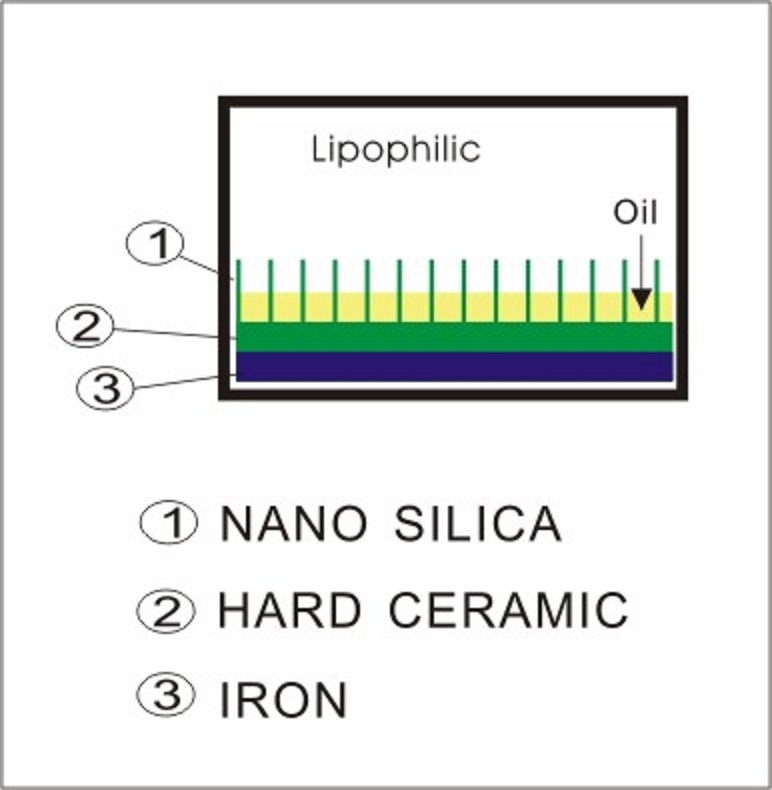 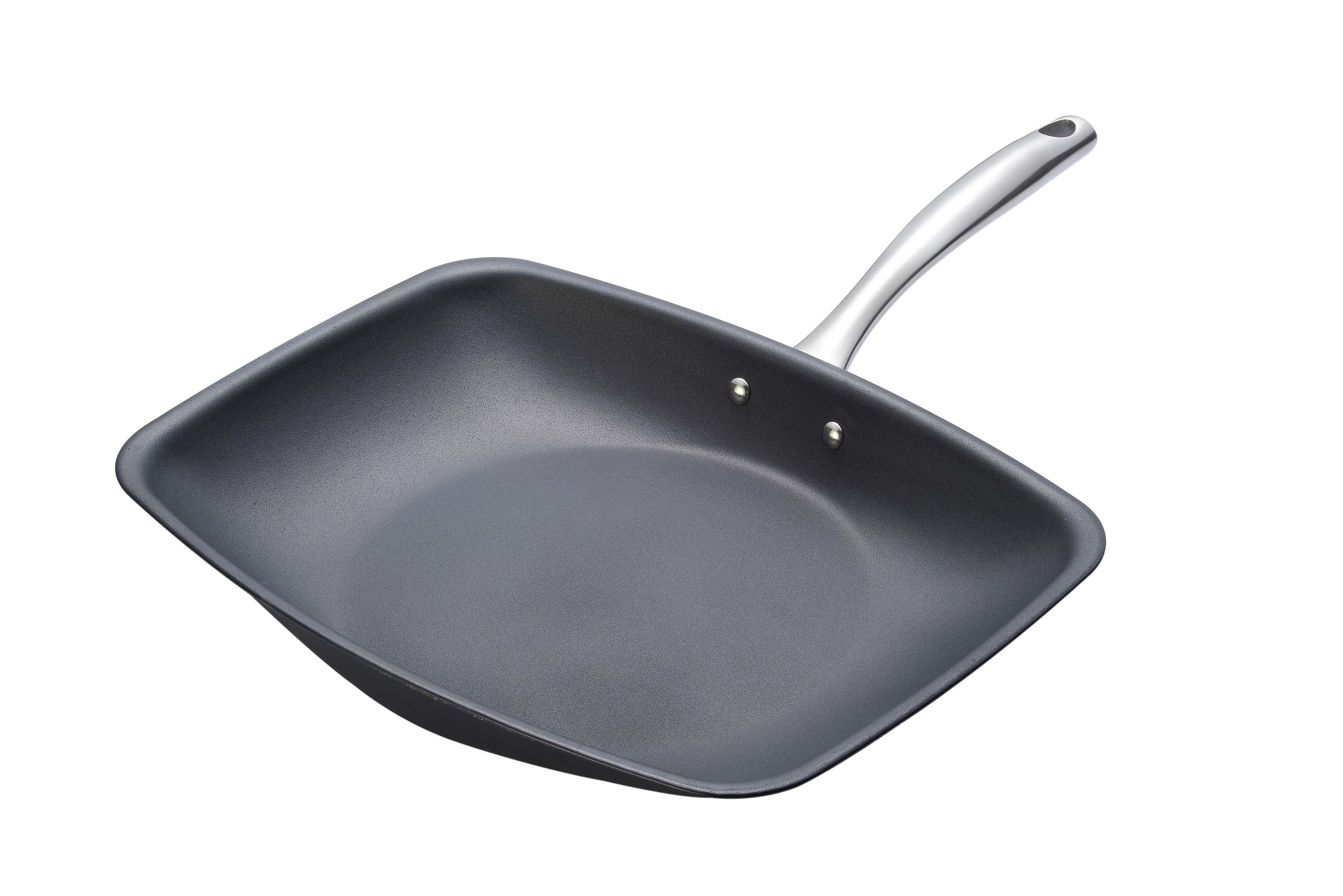