So far on this blog we have explained the various tests that are conducted to ensure that a Lotus Rock pan is safe and fit for purpose in a variety of domestic kitchens all over the world. Some of these tests are for the coating surface, some are for handles, and some are to check that the material composition of the pans contain no harmful substances or metals.

However, in spite of all these tests there might still be some issues with a product which all of these tests cannot safeguard against. In fact, some problems can only be experienced and then later resolved once the product has actually been used by the consumer.

However, when consumers cook with a Lotus Rock pan occasionally other ingredients might intrude into these ‘valleys’. Or alternatively the consumer might use too much oil on the pan and the surface might then become too sticky.

One particular advantage of a Lotus Rock pan which many consumers don’t fully appreciate is that it does have excellent abrasion and scratch resistance. Since the 1960’s when PTFE non-stick pans were first introduced, consumers have become accustomed to being careful about how they use and clean their non-stick pan for fear of damaging the non-stick surface. They will, for example, always use the yellow sponge side of a cleaning pad, and not the more abrasive green side.

As explained, one of the significant advantages of a Lotus Rock pan is that it can be scrubbed and cleaned in a much more thorough and robust way than a general non-stick pan. Below is an example of a Lotus Rock which has some staining on the coating surface. 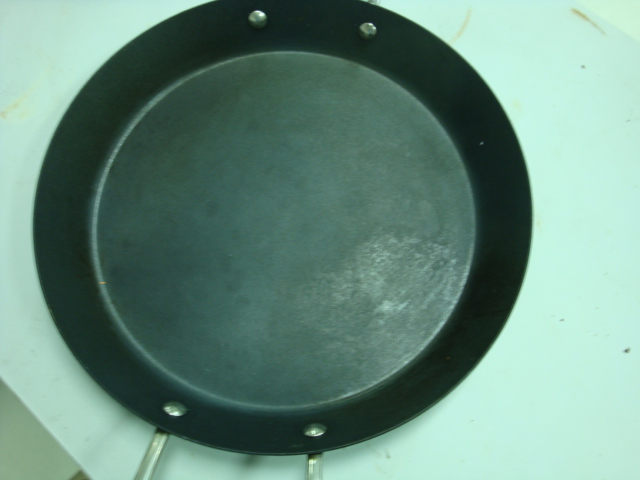 Generally, a consumer has two cleaning methods to clean this pan:

1. Boil vinegar in the pan 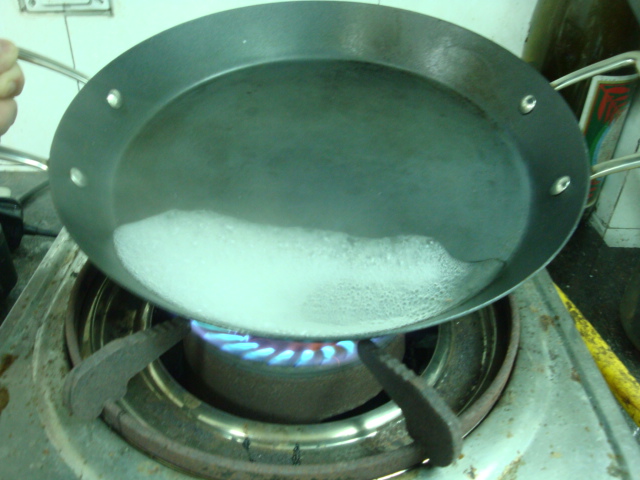 2. Scrub the pan surface with washing-up detergent and hot water 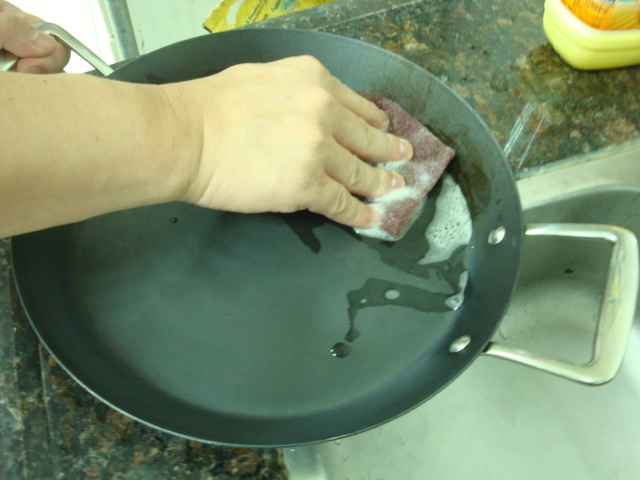 If either of the above two methods were used to clean a general non-stick coated pan then the pan could be made obsolete for further use: the coating could either peel off or crack. 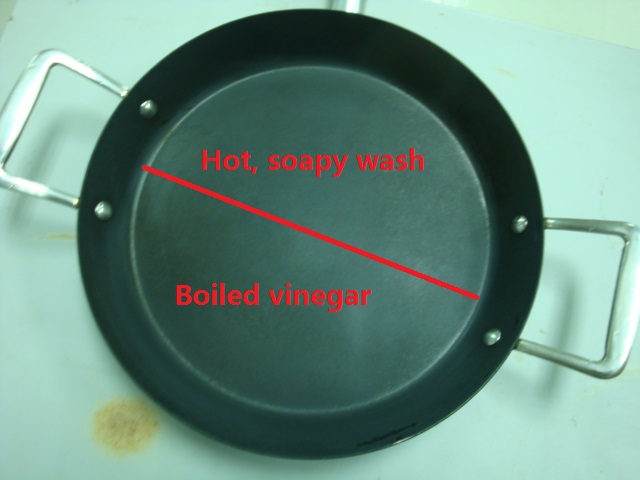 As you can see from the photo above, both methods cleaned this 34cm Lotus Rock paella pan with similar success. Although boiling vinegar over the pan did remove the staining, we would in most cases recommend just cleaning the pan with hot, soapy water and a general abrasive pad. If this does not remove all the staining, then the other option of boiling vinegar can be used.