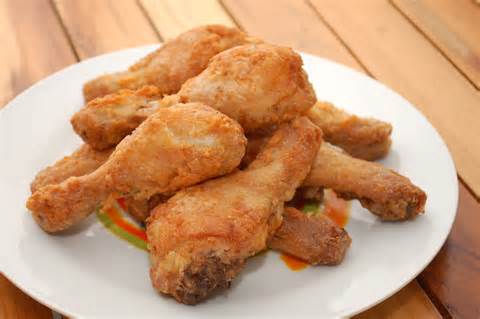 As explained in the previous post, a Lotus Rock Stir Wok is an excellent cooking utensil for steaming various types of food. However, unlike steaming which uses boiling water, Lotus Rock’s non-reactive coating can also be used for another highly intensive cooking method which instead uses boiling oil: deep fat frying.

Good deep fat frying is all about getting the right oil temperature. Among cooking experts 325 degrees Fahrenheit is generally considered the optimum temperature at which to deep fry food, such as for chicken, shrimp and French fries. At this temperature the heat is high enough to turn the water in a piece of chicken to steam, to dry out the outer edge, and to form a brown, crispy crust, all the while cooking it for a moisty and creamy centre. 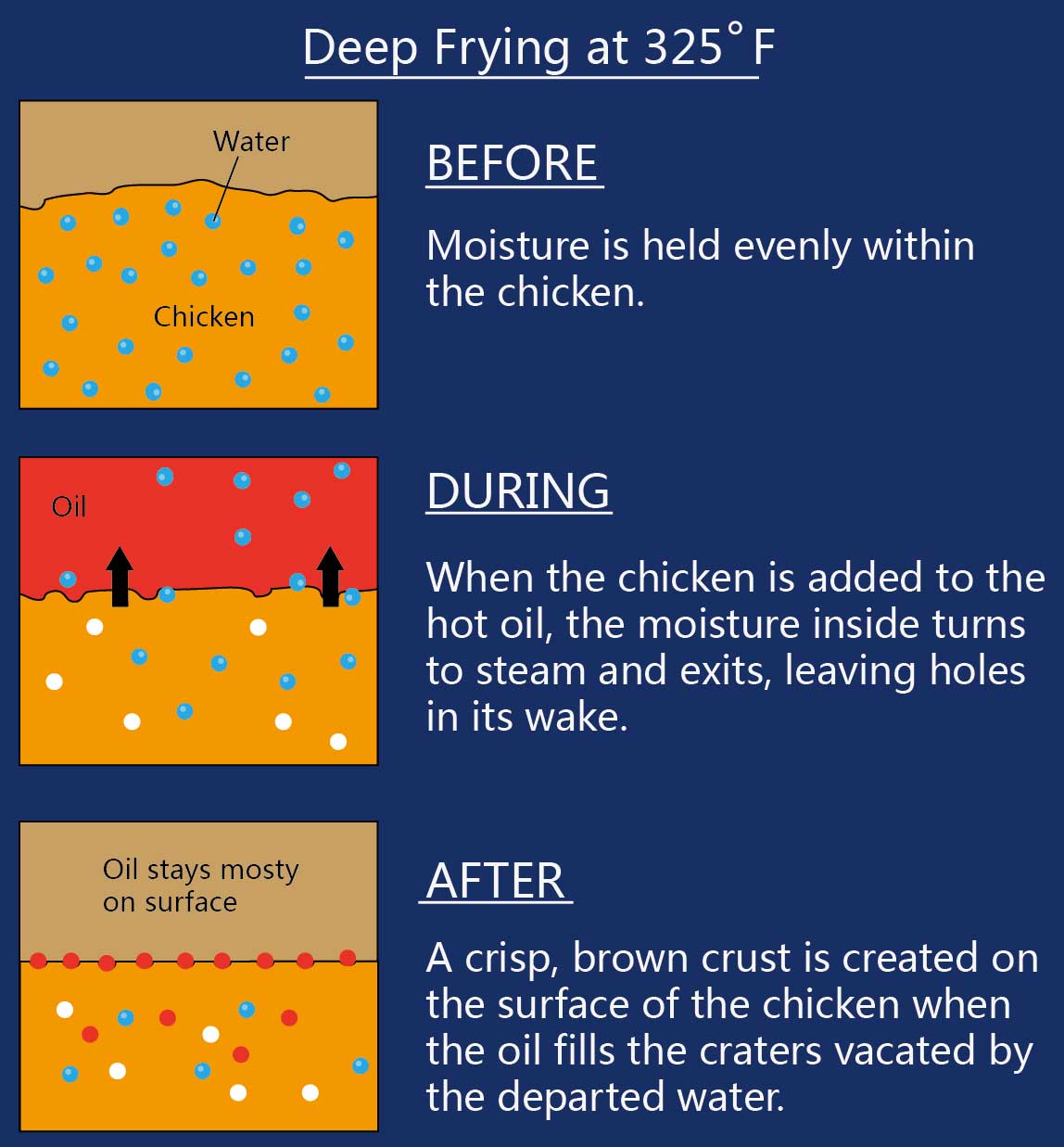 However, if the temperature is too low then the browning reaction does not occur.  If this happens then there is nothing keeping the moisture of the fried food from migrating to the outer edges, and the result is a limp and soggy end product. 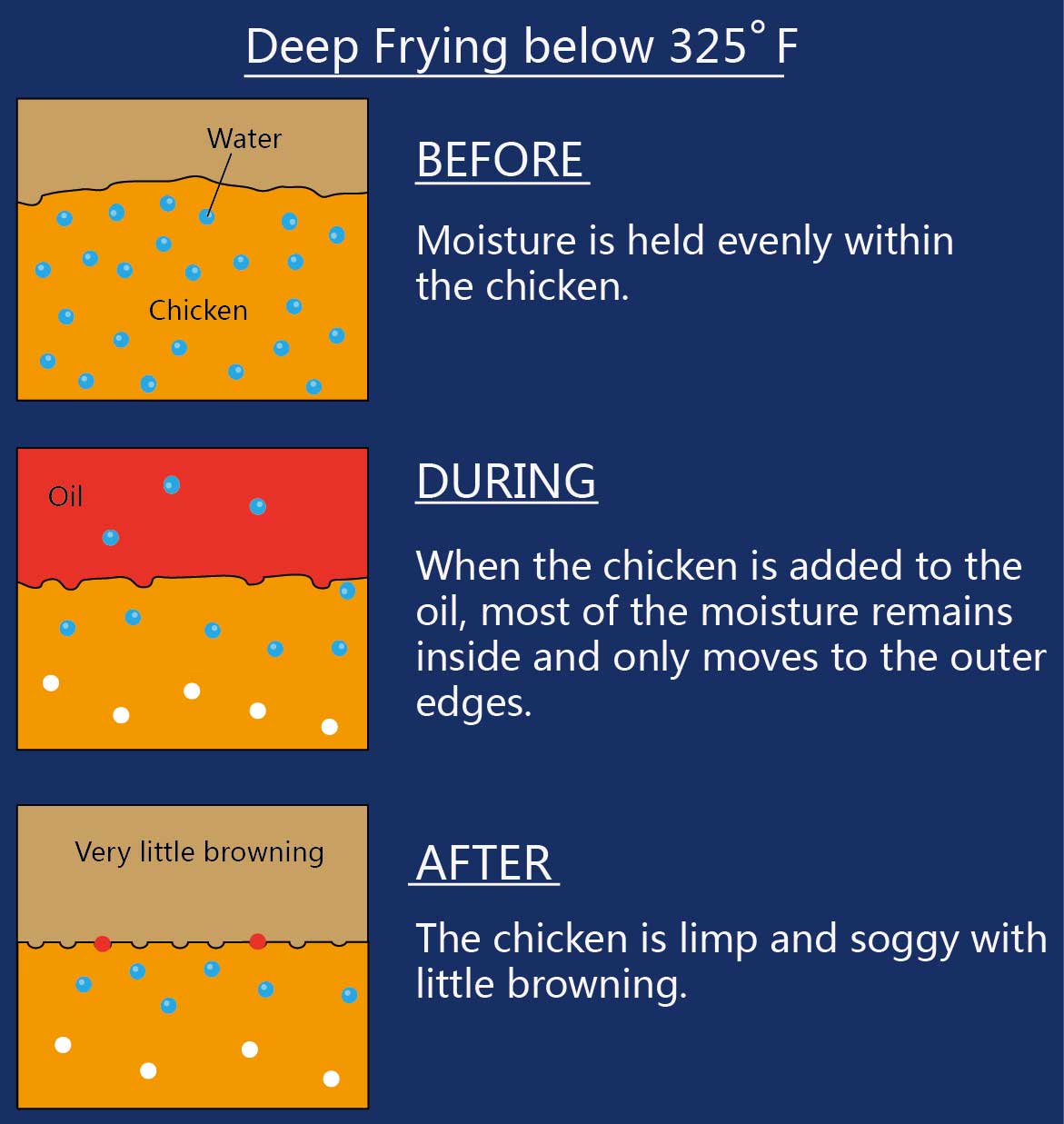 So, for delicious fried food the oil temperature is very important and a Lotus Rock stir wok has excellent thermal properties to not only reach a a high temperature quickly but also to retain it within the pan while the food is being fried.  Lotus Rock is made up of a thick 2.0mm carbon steel substrate, a material which heats up very quickly.  On an induction cooking top surface it can reach an internal surface temperature of 284 degrees Fahrenheit after only 60 seconds of heating.  At this fast rate of heat conduction the ideal oil temperature for deep fat frying of 325 degrees Fahrenheit can be reached quickly.  Conversely, because of the high density of the heavy 2.0mm gauge carbon steel, a high amount of the conducted heat is retained within the wok to maintain a high oil temperature despite the cooling effect of adding food for frying.

A Lotus Rock’s stir wok concave shape is particular advantageous for deep fat frying.  Normally, for domestic kitchens a straight-sized cooking pot such as a Dutch oven is often used.  However, this type of cooking utensil has a number of disadvantages for deep fat frying compared to a stir wok, these include:

A Lotus Rock stir wok’s material composition and shape makes it particularly suitable for deep fat frying.  It’s fast heating effect can get the oil up to a high temperature quickly while its thickness and density can maintain that temperature even when food is being added to the wok.  Unlike a PTFE non-stick coated wok, which might get damaged from hot particles of oil getting inside the coating, a Lotus Rock stir wok has an extremely tight bonded ceramic layer, which has very high heat resistance and can withstand the rigors of deep fat frying.  Other materials for a wok, such as stainless steel, might well have a strong construction to withstand the effects of a high oil temperature, but they will not heat up as quickly or retain heat quite as well as a Lotus Rock stir wok.  Getting the right oil temperature inside the wok is very important for good deep fat frying for if it is not hot enough, then the moisture inside the food will not turn to steam, the outer edge will not dry out, and the trademark brown and crispy crust will not form.  Deep-frying in a wok is ideal because its concave shape requires less oil than a Dutch Oven, and the wide cooking surface area of the wok allows more food to be fried at one time without over-crowding, which with a Dutch Oven would mean frying in fewer batches.