If your Lotus Rock pan does become hard to clean, with a reduced non-stick effect, then the below steps can be followed to remedy this.*

*Please note, that in addition to the steps shown below, the consumer must still wipe some oil onto the surface of a Lotus Rock pan before each use. 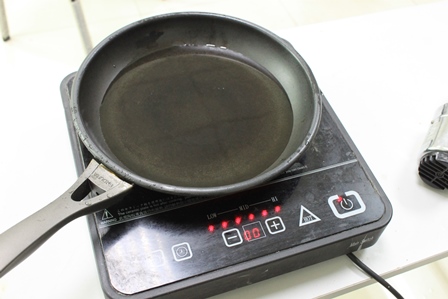 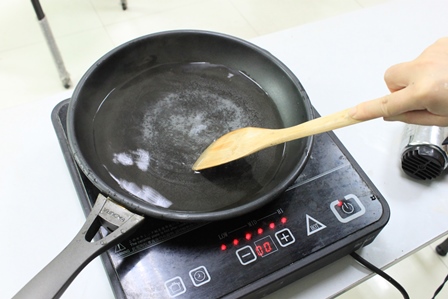 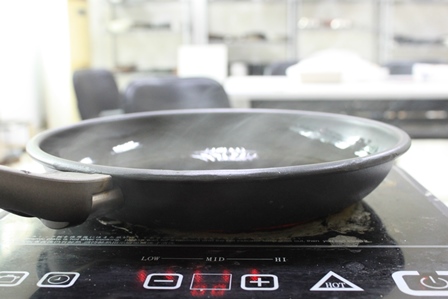 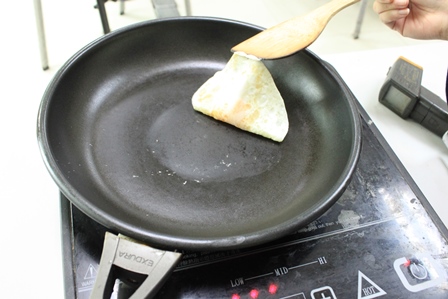 As is shown in the photos above, the Lotus Rock pan used in this test has a special feature included – the Stable Concave design.  For more information about this please read here.

*Important! The pan must be washed after use. If too much cooking oil remains in the silicon-oxide crystal surface this will affect the non-stick release. Just like if oil is left around a jar it becomes sticky, which makes it uncomfortable to use

Does a Lotus Rock pan need to be seasoned?
What oil should be used with Lotus Rock?