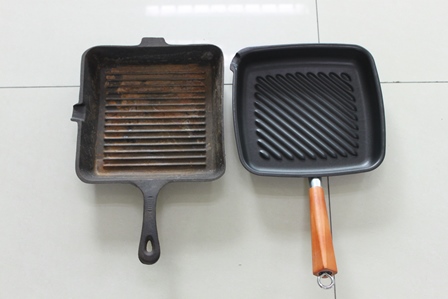 When a consumer is searching for a cooking utensil to buy, one of the many questions they might well ask themselves is ‘What kind of cooking task do I want to do?’ Naturally their first consideration would be the pan shape, for example a sauté pan, with its high, straight sides has quite an advantageous shape for high heat searing and then for braising afterwards.  The consumer might then consider the thermal properties of the material in the pan (as discussed previously here). Once both of these have been fully evaluated, a fairly experienced chef might also look into the reactivity of the pan’s surface.

The terms “reactive” and “non-reactive” refer to the type of metal from which the cooking utensil is made. Generally speaking, aluminum, cast iron, and copper are all “reactive.” Stainless steel, ceramic, glass and metal cookware with enamel coating are all “non-reactive.” Those metals listed as “reactive” will all generally react with acidic and alkaline foods, but they are all a good choice for boiling water, sautéing vegetables, or searing meat. Acidic ingredients that metals such as aluminum will react with include tomatoes or lemon juice, which give your food a metallic flavor, especially if the cooking time is very long. In addition, with a reactive cooking surface cooking with acidic ingredients might also produce undesirable colours and/or flavours. 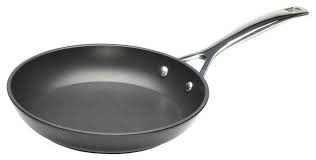 Tomato sauce and other tomato products react with aluminum because of their acidity, and acids don’t mix well with aluminum. Highly acidic foods cause oxidation, which can darken the aluminum pan and alter the taste of the food. A special case is anodized aluminum, which is aluminum that has been treated with an electrolytic process to create a harder surface that is still somewhat reactive, but significantly less so than untreated aluminum.

If food is cooked with this type of cookware then it may pick up chemical elements from the surface. However, ingesting iron is not a health concern as the human body can process iron relatively easy. When properly seasoned a cast iron pan’s surface becomes less reactive and some acidic ingredients can be used for a short period of time. However, these pans must be continually re-seasoned otherwise the surface will become more reactive and begin to discolour and pit when used with acidic ingredients.

An uncoated copper surface is actually beneficial for some cooking techniques, such as whipping egg whites (makes the whites more stable). However, unlike iron, the human body has a much harder time eliminating copper after ingesting it, so a cookware utensil with this type of surface should be used sparingly. Other problems with copper cookware include discoloring and scratching. 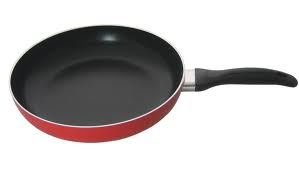 One significant benefit of a non-stick coating on, for example, an aluminum pan, is that it provides a complete non-reactive surface for cooking. Whether the coating contains PTFE or silicone oil for its non-stick release, acidic or alkali ingredients will not react with either the inert coating or the surface metal below it. However, there is one major disadvantage with the non-reactive surface of a non-stick coating: it is not suitable for deglazing. First and foremost, non-stick coatings are not appropriate to use for high heat cooking, which is important for browning meat and vegetables. However, even if a non-stick coating was used for searing large cuts of meat with a brown crust on them, de-glazing can still not be done because these little brown bits formed after the meat is seared will not stick to the pan during cooking. It is these leftover bits on the pan (the fond) which are an essential ingredient for de-glazing, to create a delicious sauce which can then be poured over the just seared meat. 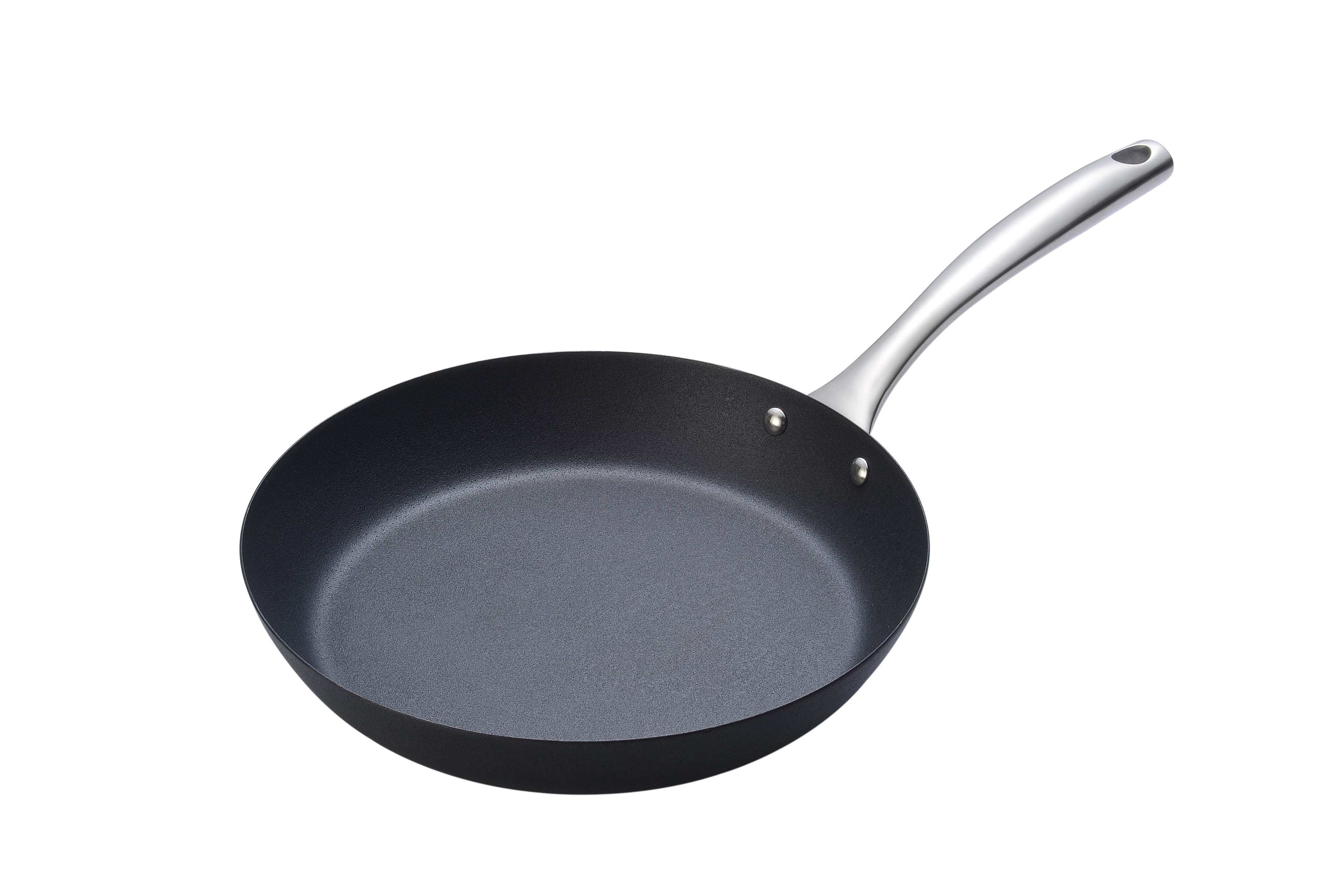 All Lotus Rock pans come with a non-reactive surface. This means that during cooking certain ingredients, usually acidic ones, will not chemically combine and alter the flavor and colour of the finished palette.  For example, tomato juice can be used for a Bolognese sauce and lemon juice can be added where necessary to give a dish extra flavor. These sauces can then be cleaned from the pan after cooking without any colour staining or visible scarring on the coating’s surface. Unlike cast iron, a Lotus Rock pan does not need to be continually re-seasoned to make it less reactive to acidic ingredients. Likewise, unlike a copper pan, Lotus Rock can be used on a regular basis without heavy metals being absorbed into the cooked food. Lastly, because of its non-reactive surface, a Lotus Rock pan is highly appropriate for de-glazing after meat has been seared at a high temperature. The residue of the Fond can be made to form part of a delicious sauce through the addition of some kind of acidic solution, such as a broth or cup of wine.